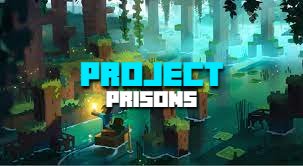 Where to begin with the subject of Prisons

When players enter the initial spawn location for the Prison game type, they are greeted with a series of displays that provide them with instructions on how to begin, etc. You will have access to all of the blocks for which you have privileges, beginning with the first block, also known as the default block. As soon as you step foot inside, you'll have the ability to mine, grow trees, and work your way up through the ranks of the prison. You may use the /ranks command to see the many different ranks and blocks that you have the potential to progress through.

Every mine inside the prison is equipped with a timer that rolls over after a certain amount of time. After the timer has been reset, the mines should not do any damage to any of the players who are currently within them. You might even assign players the role of prison guards to guarantee that other players follow the rules and regulations that you create. Any player that engages in dubious financial dealings will find that the game's risk-to-reward ratio has been significantly exacerbated by the introduction of this new feature. Not only will you be able to determine how much money you need to earn in order to rank up, but after you have earned enough money to go through all of the levels, you will also be able to get out of prison! 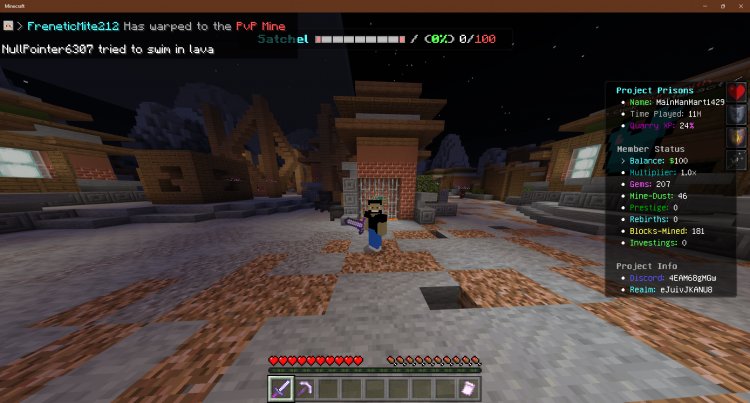 An Overview of the Prison System

Players who are already familiar with and like the prison servers in Minecraft will find this Prison Game version to be quite enjoyable. You begin in the cell block with the lowest security level, and you have to work your way up through the facility until you are finally able to get out on your own. Along the way, you will have to do a number of tasks in order to earn money. If you are successful, however, you will be able to "rankup" to the next block, which will allow you to go even farther. This will continue until you have successfully navigated your way through all of the prison blocks and have been granted your freedom! There are a variety of ways in which inmates might earn money for themselves.

You may generate money by selling to other players, despite the fact that mining and selling resources is a typical method to get money in the game. The majority of prison servers have a "guard system" that is responsible for upholding the prison rules. These laws are maintained by adhering to the same constraints that one would find in a real prison. There are a variety of restrictions that are in place, such as item limitations and the potential for player vs player sanctions in particular areas. If a player chooses to disobey the rules, there is the potential for financial gain; but, there is also the chance that they will be discovered by a guard and placed in solitary confinement for a certain amount of time. It is time for you to make a decision on how you will carry out your sentence. 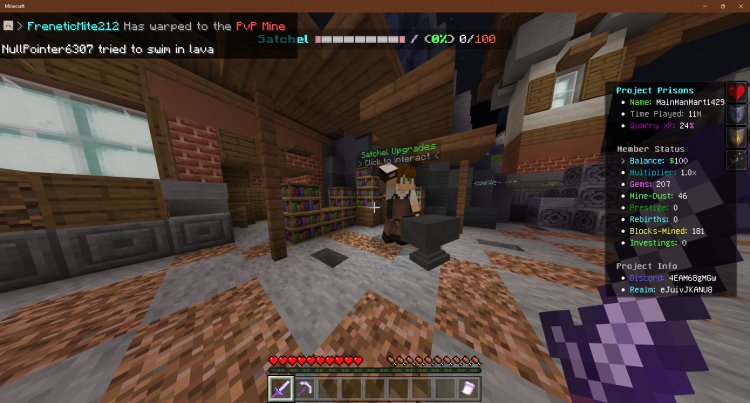 The prisons serve as a working environment server in which you mine in order to advance in level. When you earn levels, you unlock the ability to upgrade specific items, in this instance, unique enchantments that may be used to make extra money. 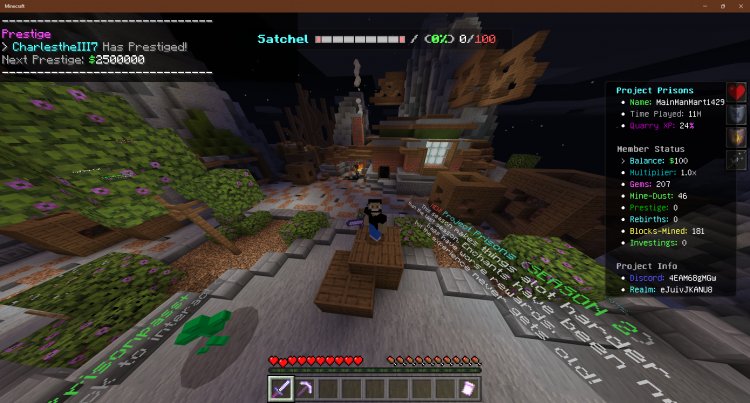