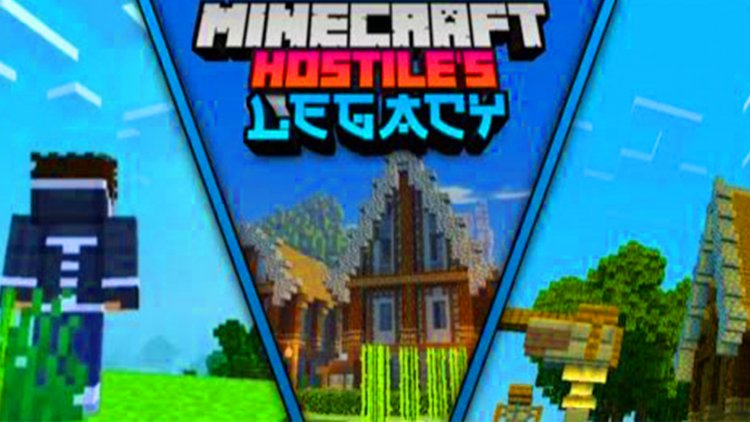 Hey! It's Hostile here! I have created Hostile's Legacy shader for Minecraft pocket edition 1.18! Keep in mind that this isn't a renderdragon shader! This will only work in 1.18.12 or less! The main shader codes are from Open Source Bedrock Edition Shader a.k.a OSBES.

Developed by Mojang Studios, the computer game Minecraft is a sandbox-style game. Markus "Notch" Persson is responsible for the development of the game using the programming language Java.

What are Minecraft Shaders?

Users of Minecraft may completely transform the way they play the game using shaders, which are effectively just modified versions of the game. They want to make a number of improvements to the game's aesthetics as well as the general graphic settings in order to provide a more realistic appearance.

CHANGELOG
✓Added Vanilla clouds and water to match with B-RTX
✓New tonemappings
✓Added subpacks option where you can change between two modes
✓One is Java mode and second is Bedrock mode
✓New Kelly rtx pack for OSBES and Hostile's Legacy!
✓Vanilla sun and moon in Bedrock mode
✓Less clouds in Java mode
✓If you are using any high resolution texture pack then put shader at the top
✓Less rain particles and puddles
✓New water surface in Java mode
✓Fog added!
⭐AND MAINLY - THIS IS FOR HAL ENGINE⭐

What is Render Dragon Engine?

The new graphics engine that will be used for Minecraft Bedrock platforms is called Render Dragon. The graphics team at Mojang Studios created Render Dragon in order to improve the game's speed and stability while also expanding its potential gameplay configurations.

How does this effect Minecraft Bedrock Edition?

The Minecraft Windows 10 edition may now take use of real-time DXR raytracing thanks to the addition of an official patch that was built by Nvidia and called Minecraft RTX. The whole of the game has been "refit" with path tracing, to use Nvidia's terminology. This has a significant impact on the way light, reflections, and shadows are rendered inside the game engine.

Is Render Dragon on RTX?

IF YOU WANT TO SHOWCASE THIS SHADER THAN PLEASE USE MY VIDEO AS THE DOWNLOAD LINK! PLEASE! Or I will just simply complain your video.!

USE KELLY RTX PACK FOR PBR/REFLECTIONS

Let Us Know About Bugs